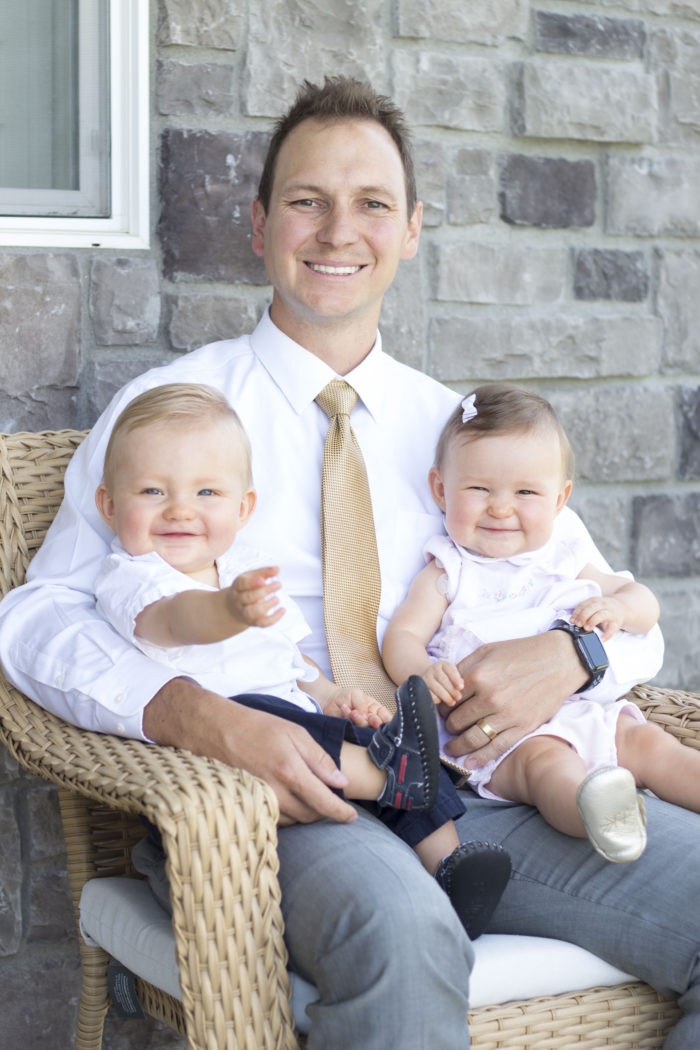 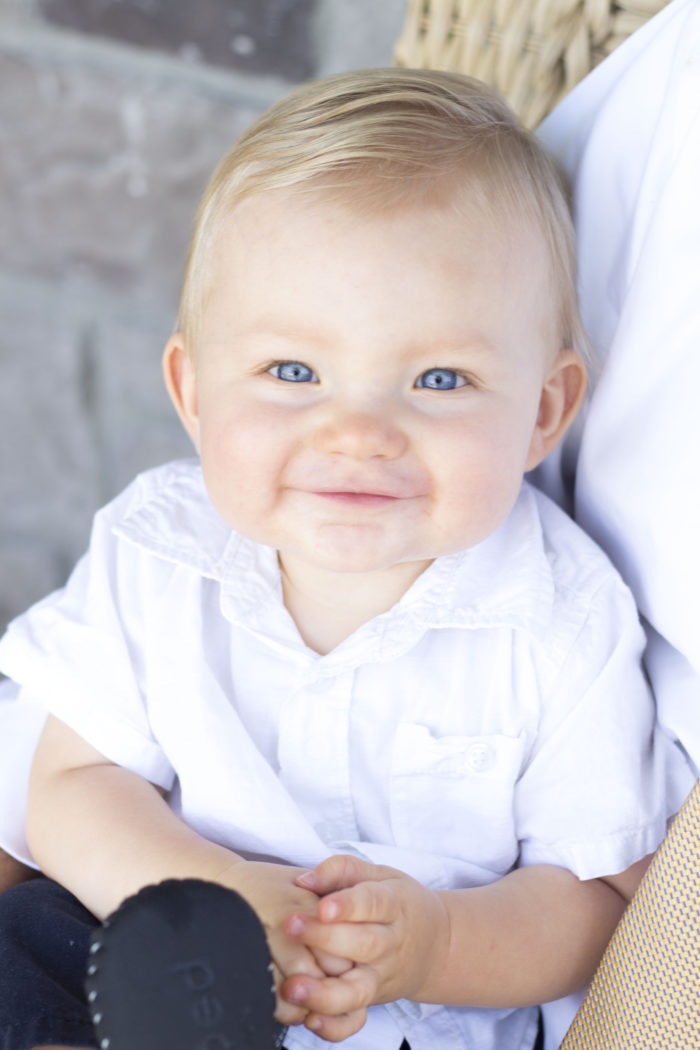 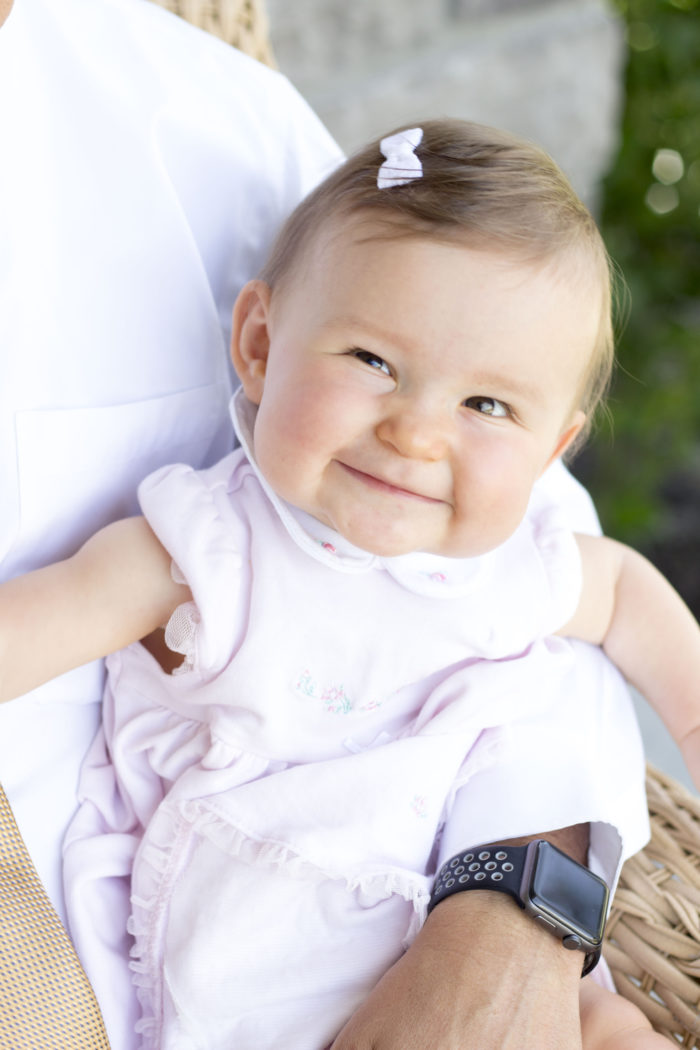 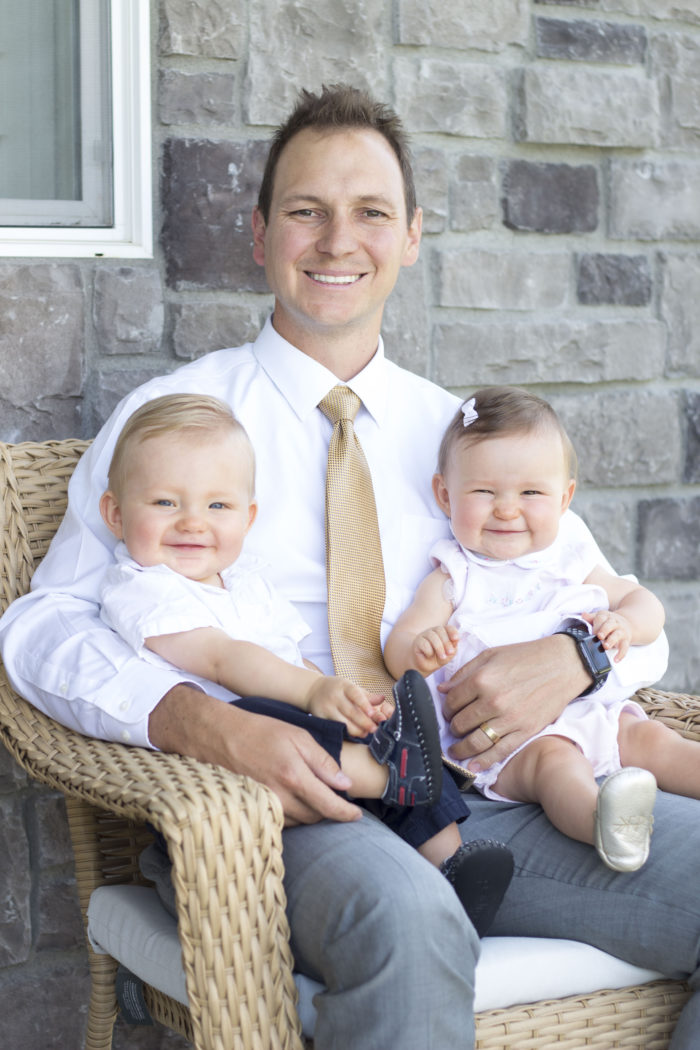 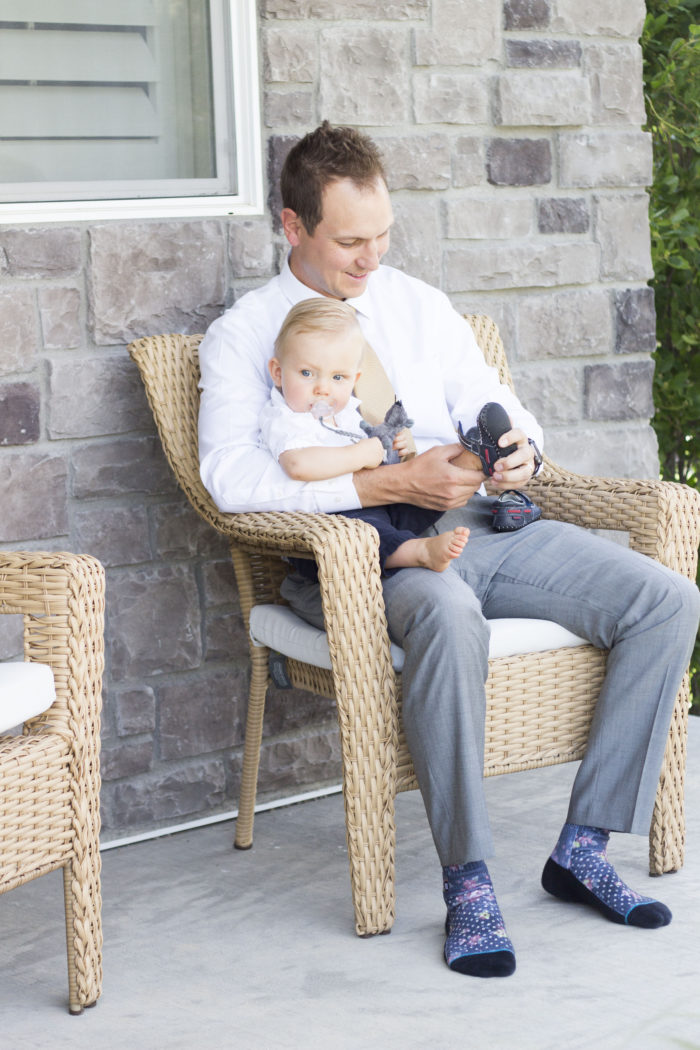 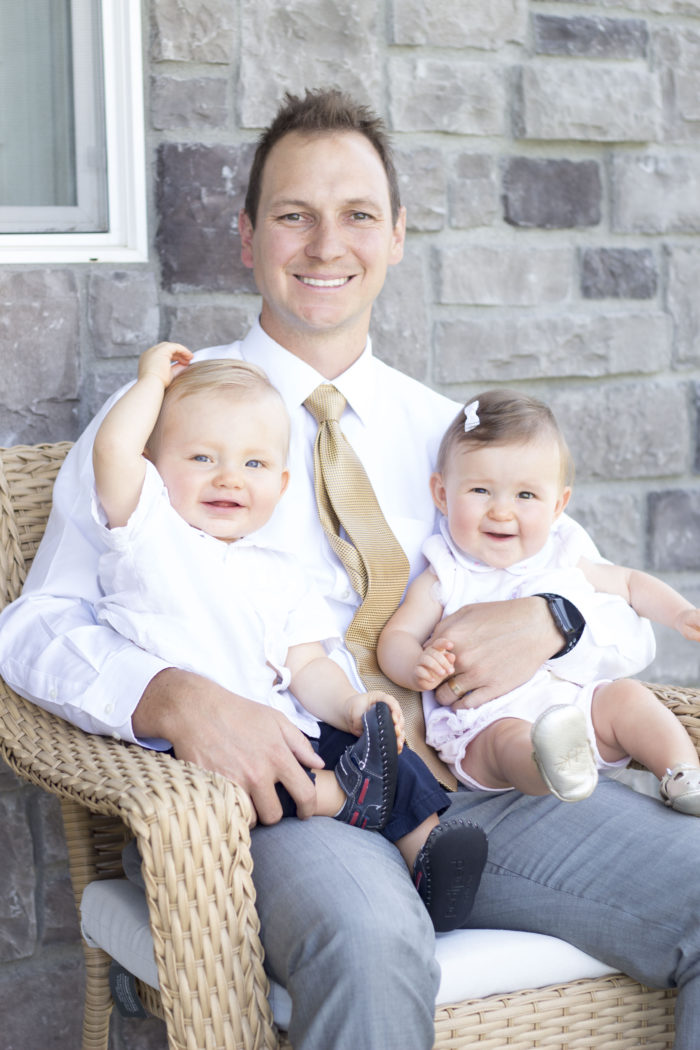 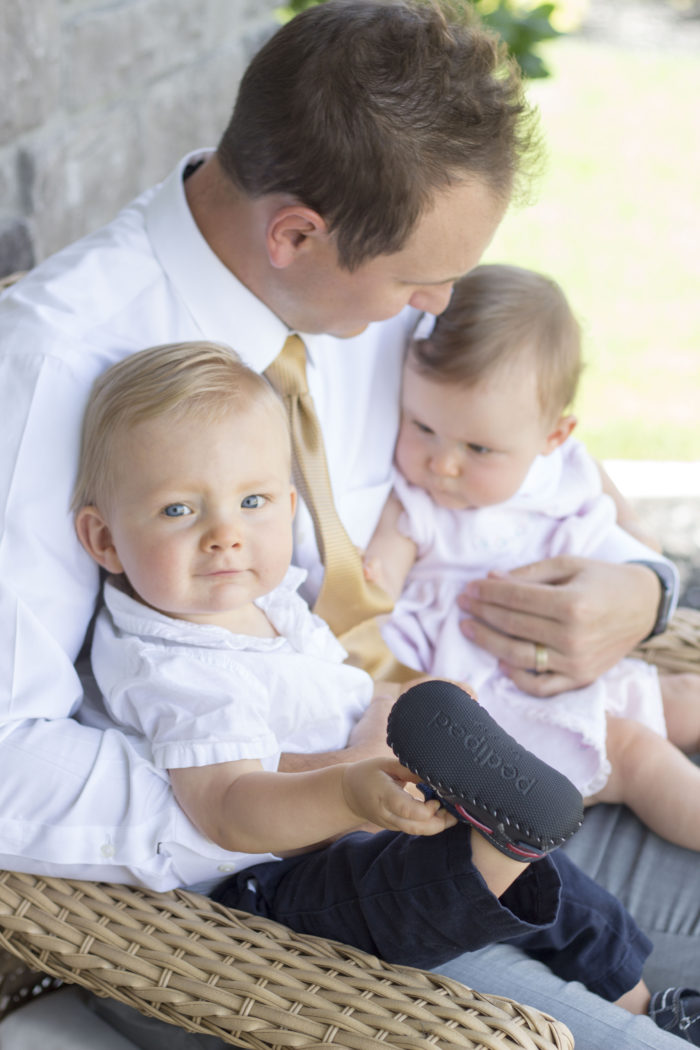 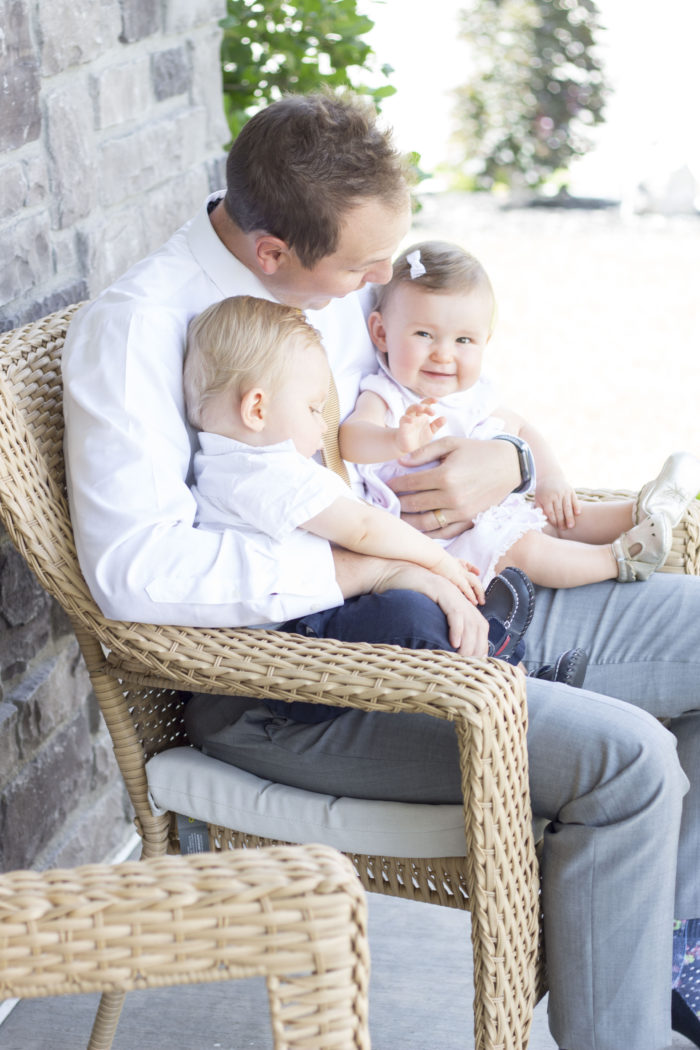 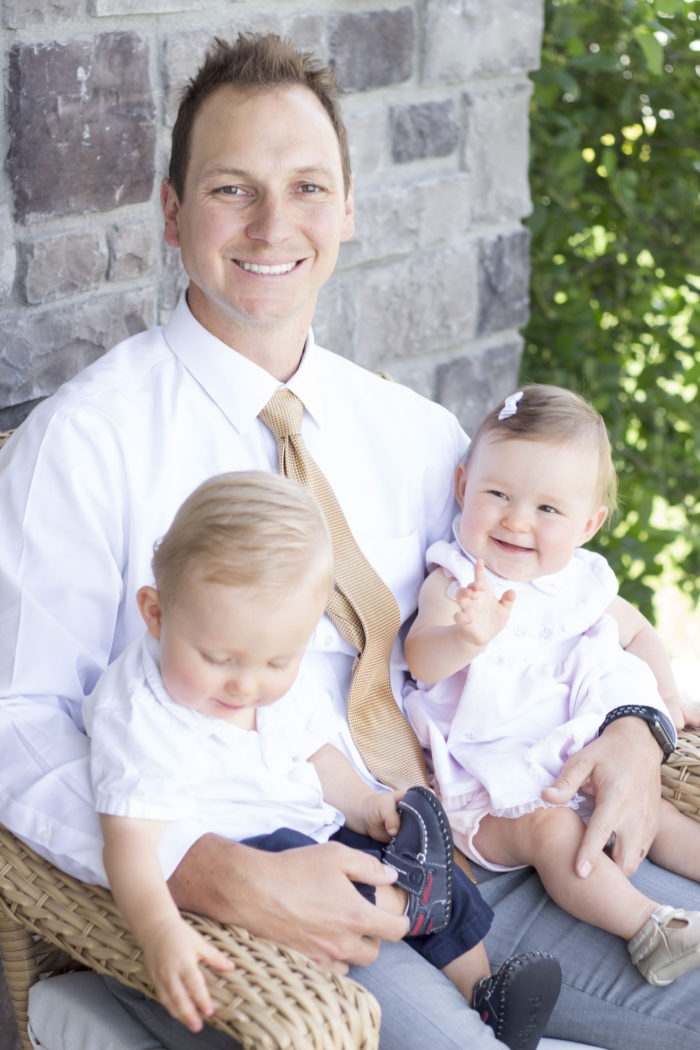 I’m Tyler, Jenica’s husband. I hear she writes about me a lot around here, and since today is my first Father’s Day, I wanted to share my thoughts on this past year since the babies were born and I became a dad.

When a baby is born, a dad is born. I have wanted to become a father since the night I proposed to Jenica. We woke up the next morning and when I saw her I asked, “So, when do we want to have kids? Should we start trying next year?” Ha! She was on a slower track than I was and I think everything worked out just as it should. Needless to say, becoming a dad was something I always wanted to do and something I hoped I would get the opportunity to become.

One thing I’ve noticed and I have mentioned to Jenica before, is I think a lot of companies that portray dads as dumb and clueless. I’ve mentioned several times as we have watched TV commercials that I don’t like this portrayal. Babies need their dads. We play an unmatched and important role in their development and their joy every day. I love Harris and Goldie unconditionally; it’s a love I have never known. Jenica and I love Pampers because they emphasize the importance of fatherhood, they support the discovery of new roles in life through fatherhood, and honor dads in the amazing things that they do, big and small, to help their children have a better life. I remember when Jenica came back from New York on her trip with Pampers. She told me that she was so impressed with the reverence they held toward parents; both mothers and fathers. It was a respect toward the role of fatherhood that not many companies have. I revere the role of fatherhood, and I really appreciate when others do as well.

Thank you, Harris and Goldie, for making me a dad. It’s my greatest role.

This post is sponsored by Pampers, a brand that I love and use every day. Thank you for supporting the brands that make A Slice of Style possible.

I went to my doctor yesterday to get an update on

Why are you ladies with infertility so amazing? MA

👏🏻 Three cheers for the one man cheer squads

How to handle the unknown in infertility is someth