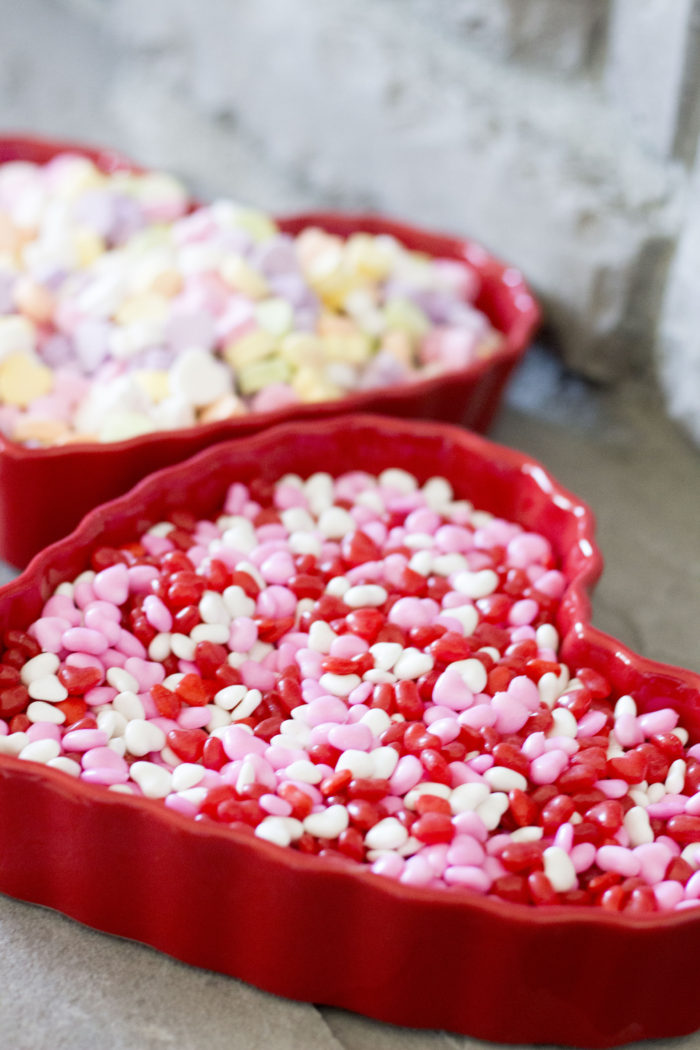 I have loved Valentine’s Day my entire life, whether I have been in a relationship or not. It’s about LOVE! Love for yourself, love for your friends, but mostly (in my case), love for candy. I’m just saying. Someone has to be a sucker for all of that red and pink candy. I’ve got it covered for us, friends.

I rounded up the cutest things on the internet for Valentine’s Day, whether that be for yourself (I’ve worn this sweater 5 times since I bought it 2 weeks ago…), for your home (this KILLS me!! I think it needs to be up all year round), or for your significant other (I’ve told you once and I’ll say it again, Tyler and I use this every single day and LOVE it!)

Check out Wednesday’s post for my favorite Valentines’ cookies that are oh-so buttery and delicious. I’m telling you, they are EASY but don’t look it.

In honor of it being Valentines’ Day, I thought I would share how Tyler and I fell in love! He lived across the street from my cousins growing up, so when my sister Jocelyn and I would go over to play at their house, we would see Tyler and his brother Drew riding their bikes in the street sometimes. Tyler’s sisters, Lindsay and Katelin, would come over and play with us. Little did I know that these tiny little girls would be my future sister-in-laws! We were in elementary school at the time.

Fast forward many years, and I’m attending BYU and roomed with that same cousin, Amanda, who lived across the street from Tyler growing up. We happened to all be at the same party one night and I recognized him and we re-met as adults. We had a lot of fun as we roasted marshmallows around his friends’ fire in their backyard later that night. We kept having fun as a big group of friends and then he asked me out on a date. I was hesitant to say yes because we had SO much fun that if things didn’t go well, I didn’t want to ruin our fun friendship! I guess that should have been a big clue for me. They say to marry your best friend!

He invited us a on a fun trip to Lake Powell with his family and his friends, and I met his family. They fell in love with me (obviously…ha ha jk), and we dated all summer and had a great time. He proposed to me at Billy Bob’s Texas on New Years Eve at midnight! That’s a story in and of itself.

He came to Texas to be with my family and I the day after Christmas and he had the ring shipped to Texas (where my family lived at the time) that he had ordered on Christmas Eve. Luckily it came when I was taking a nap! I didn’t really know what to do for NYE so we decided to go dancing at Billy Bob’s Texas, the world’s largest honky tonk, in Fort Worth. It seemed like a good Texas thing to do! We got there at about 10:30 and I had forgotten my ID at home so I called my parents to ask them what they thought we should do (we don’t party or drink so there weren’t that many options!) and my dad said that he would bring me my ID. I thought was nice but also kind of strange since it was 30 minutes from our house.

When we got inside, we did one little dance, then it was midnight! We walked over to where the band had been playing and everyone counted down. His family plays this game where you say the word “rabbit” on the first of every single month. If you say it to someone, they are eliminated and then there is one person standing and they are the winner for the month. They don’t get anything but the pride in their heart that they are a winner 😉 When the clock struck midnight, I said, “rabbit!” It was so loud that he thought I said, “where is it?!!” asking for the RING!!! Ba ha ha. He was so stunned that he didn’t even kneel down, he just starting getting it out of his pocket. He thought, “well, I guess if she already knows, it’s not a big surprise!” I thought he was getting his cell phone out of his pocket and was so confused. Who did he think I needed to call right now?! I could hardly hear myself think it was so loud! It was the ring, and he pulled it out and opened the box. It was a hilarious moment of sheer confusion and chaos but I love it because it’s hilarious and that’s how I view our relationship. Fun, hilarious, and more fun. I love that man.

Every New Year’s Eve at midnight (if we are awake!) we remember this moment and I love it.

Support for women with infertility & sharing my life as a mom to twins + my favorite fashion and lifestyle finds! ✨ PODCAST | PROGRAM | COMMUNITY ✨

I am ALSO confused 🤣 RECAP of our infertility e

How we can come together and pray for you tonight?

Bobsled ride?! Checked that off the bucket list fo

Hi, sisters! How can we pray for you this week? Wh

I believe that everything is going to be okay. I b

Sometimes I’ll just be minding my own business.