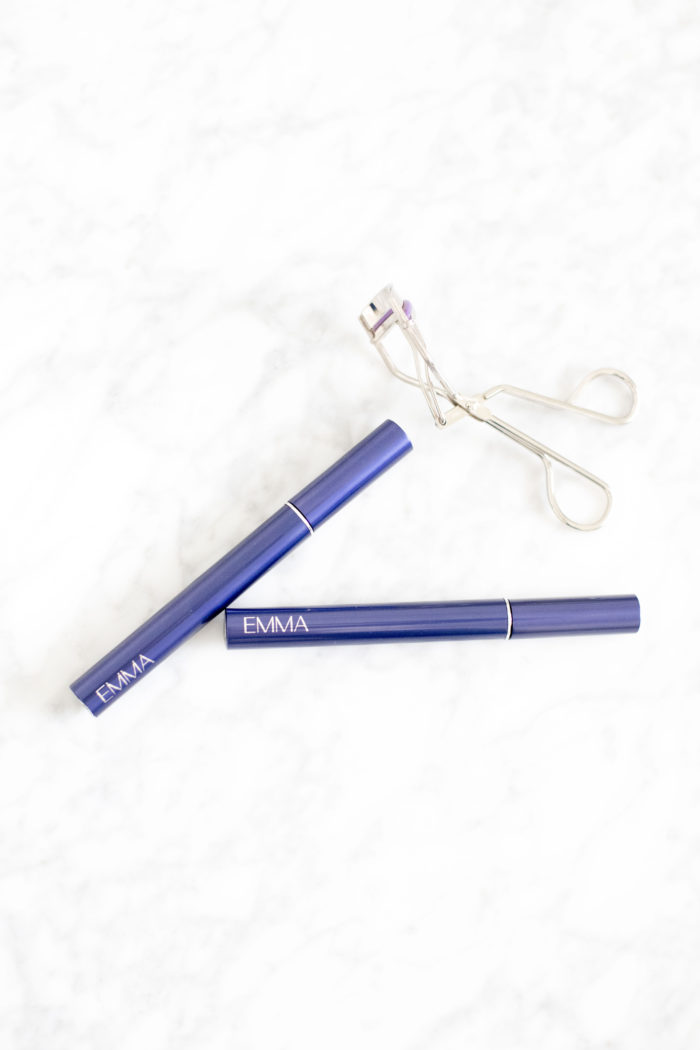 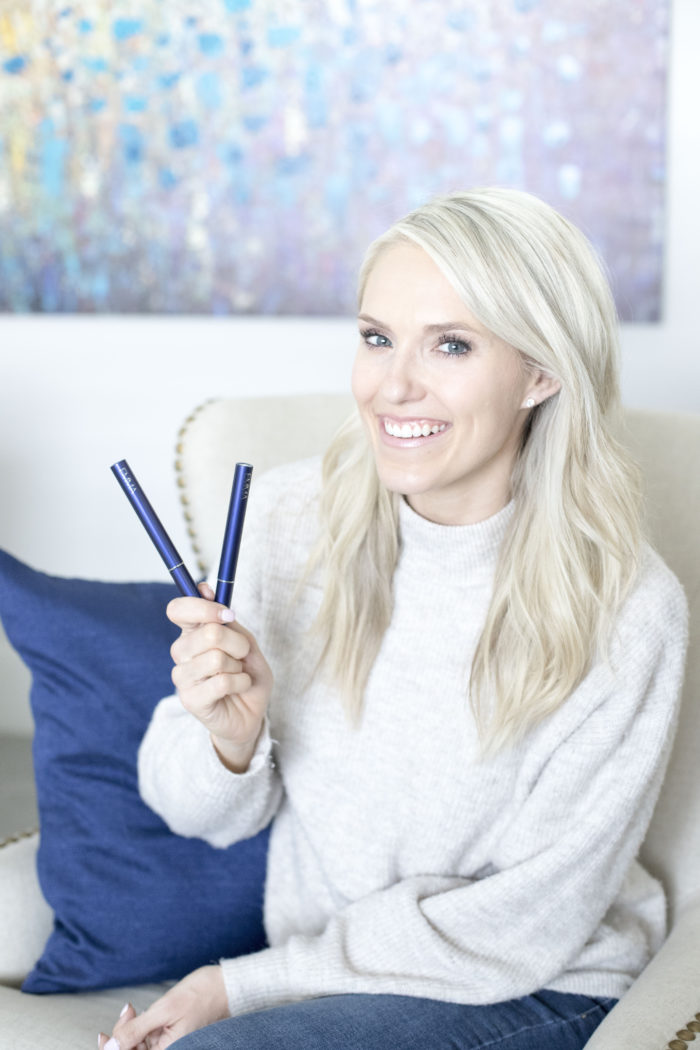 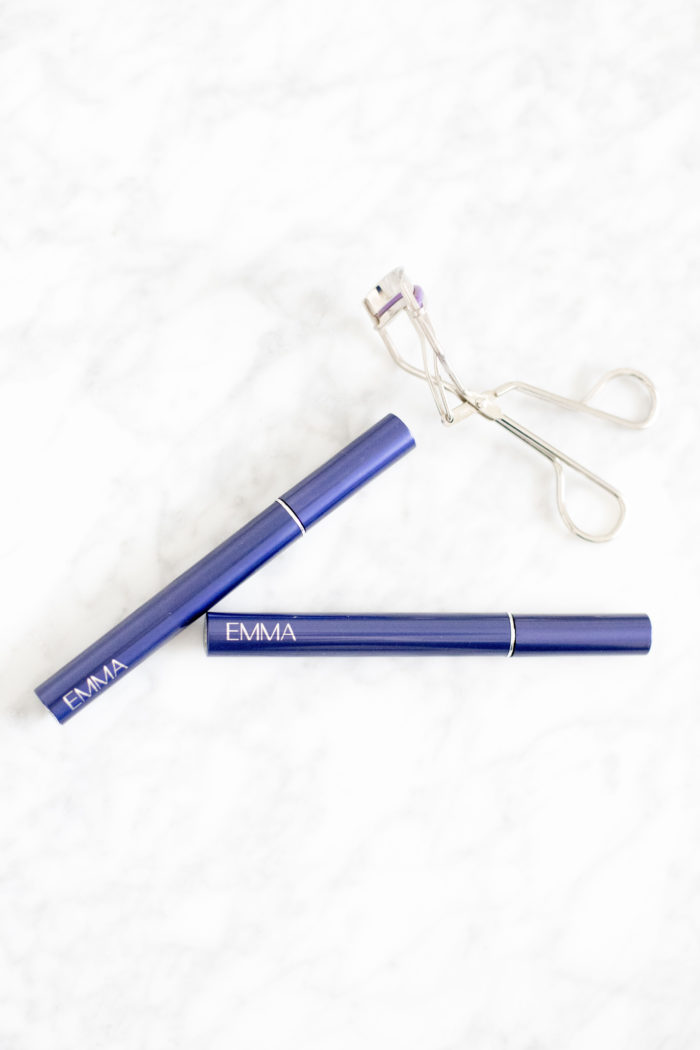 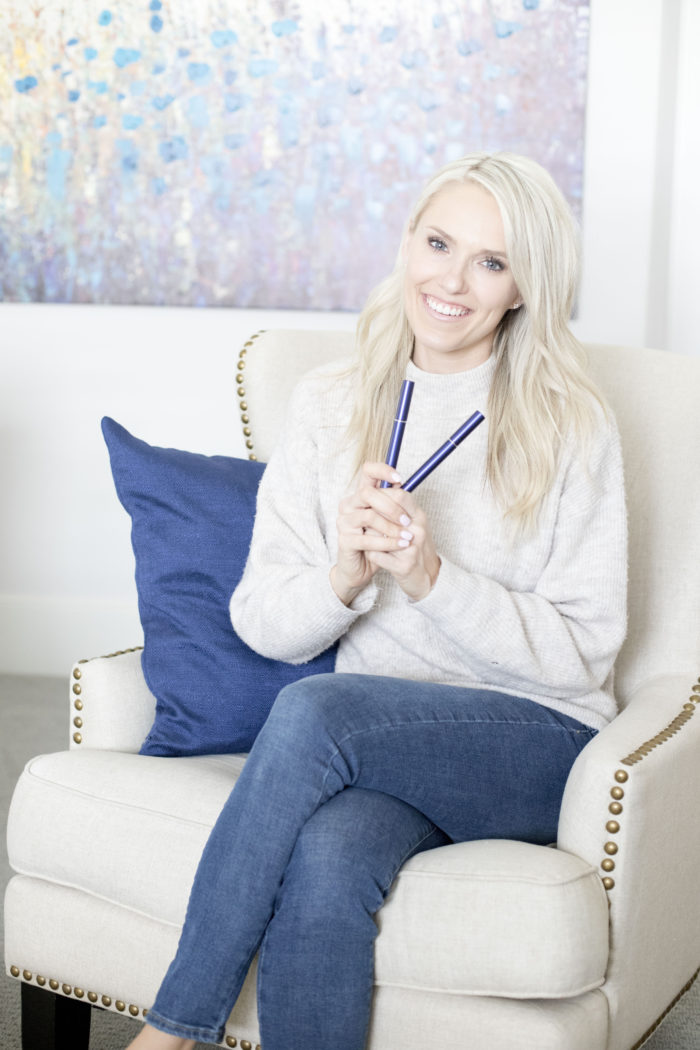 I have literally been on the hunt for mascara that doesn’t smudge or flake for YEARS!!!! It sounds dramatic, but when you have black under your eyes 2 hours after you put your mascara on, it gets really frustrating. Who wants to look like a black cat when it’s not Halloween?! #noone

I have tried everywhere from really high end Chanel mascara to lots of drug store mascara. I have asked people for their recommendations and for some reason, none of them have worked for me. NONE!! I even bought this mascara “top coat” that you’re supposed to put on over mascara so it doesn’t smudge. Nope. Didn’t work. I got eyelash extensions for a while and loved them, but my eyes stopped tolerating them and became allergic. They also took a lot of time to keep up (going in for a couple hours every 2 weeks). They were nice because I looked great when I woke up, but my eyes said, “um….no” after a few months.

I tried Emma Cosmetics a couple months ago because my friend Courtney starting selling this line. One of my other friends who is a makeup artist said that the products were really high end and high quality. I fell in love with the pore refiner primer which I use every day. They sent me the mascara to try but I just assumed I wouldn’t like it. I took one look at the brush and thought it wouldn’t work for me, that perhaps I wouldn’t get the volume that I wanted and I didn’t even try it for a month or so!

I ran out of the mascara I had been using and mildly liking and didn’t have time to go to store, so I used the only other mascara that I had. This Emma Cosmetics mascara was AMAZING. I was shocked. I kept looking at the wand like it was magic. Like…how did it work so well? It fans my eyelashes out, it adds body, and it ALSO DOESN’T SMEAR, FLAKE OR SMUDGE AT ALL!!!! Like the ENTIRE DAY!!! It seems like such a small problem, but it felt really big because I didn’t want people (or myself!) to see dark circles of makeup under my eyes. It’s such a relief!!!

DISCOUNT CODE FOR MY PEOPLE

When I love love love something, you know I hook my people up. I ask for a discount code for you. You deserve to have smudge-less dark-circle-less mascara, too! Life is hard enough. Don’t spend a minute wiping off all of the black smudges and flakes off under your eyes. You deserve better.