To my beautiful child,

Hi! I went in my for second appointment on Wednesday and had a water ultrasound. It’s exactly what you think it might be – they shoot water up into your uterus and check things out. It’s really just super glamorous, you know? 😉 As I expected, there are a few polyps in there that we will need to remove before we do another transfer which I’m okay with. I knew they would be there. I wonder why, though? It feels like such a mystery. Is it because of certain things in my diet? Why are they growing?

It’s so interesting because as I was pulling up to the infertility center, I found myself asking the question, “how should I be feeling right now?” And then I finally stopped. What a terrible question to be asking! There is no right or wrong answer and when I’m seeking for the “right way” to feel, I’m always going to come up short. The only persons that gets to decide that is me. I don’t need validation from any other outside source that what I’m feeing is the right way. A better question is, “how do I want to feel right now?” Or, “how do I show up as my truest self right now?” For me, the answer to that was that I was nervous, but moving forward anyway. That feels like success for me. I think it would be unfair to myself to ignore the fact that I’m nervous. Of course I’m nervous! And I have several reasons for that, most of which include the fact that I’m scared of getting preeclampsia again. My body got so so so sick last time I was pregnant. I delivered at 32 weeks and my ankles were so large I thought I would get stretch marks on them. My brain is trying to protect me from all of that, and I appreciate it for doing it’s job. I can then use my thoughts to decide to move forward, even though there is a risk of that happening again. I can decide what I think is right for me. Yes, I’m nervous. Yes, I’m choosing to move forward. I am deciding that this is the right choice for me.

I also got to pee in a cup which is really one of the finer experiences in life. Ha! Dr. Foulk will be testing all of my levels  (I should ask him what they test for in the urine sample) and I also had a blood draw to test my thyroid levels and one other thing that I can’t remember right now. Gotta ask more questions next time! I was also reading some comments in the Private Facebook group for The Slice of Sun and some of the women were talking about getting embryos genetically tested. We didn’t have ours genetically tested for abnormalities that could lead to miscarriage before and I wasn’t going to have them tested, but I keep getting this impression that I need to so I’m going to call my doctor today to let them know that we want our frozen embryos tested. That will push back our transfer but I think it will be worth it. I would hate to go through all of this and then put in an embryo that appears fine but is not genetically sound so it leads to a miscarriage. That would be devastating. Gretchen Rossi also talks about it in her Fearless Infertility podcast episode and how important she thinks it is.

Oh, and you should know that your sister, little miss Goldie, is absolutely thrilled that she will get to be a big sister. She is already so proud of herself for being a big sister now, and she is so concerned and sweet with me! She knows all about my uterus and tells people that I need to get to the polyps out of it. It’s hilarious to hear a 4-year-old say, “Mom? When are you going to get the polyps out of your uterus?” She knows some big words and I’m amazed at her understanding of it all! She is so sweet. When I told her I would need to have surgery to get them out, she looked at me with those big brown eyes and was like, “Aw! Mama!” and leaned her little body into mine. That’s today’s update! I’ll let you know how it all goes. Well, you probably know because you’re probably watching it all from heaven. That’s how I picture you – sitting on a cloud with Grandma Emma and all of our other people we love waiting for your turn to try life and grow. 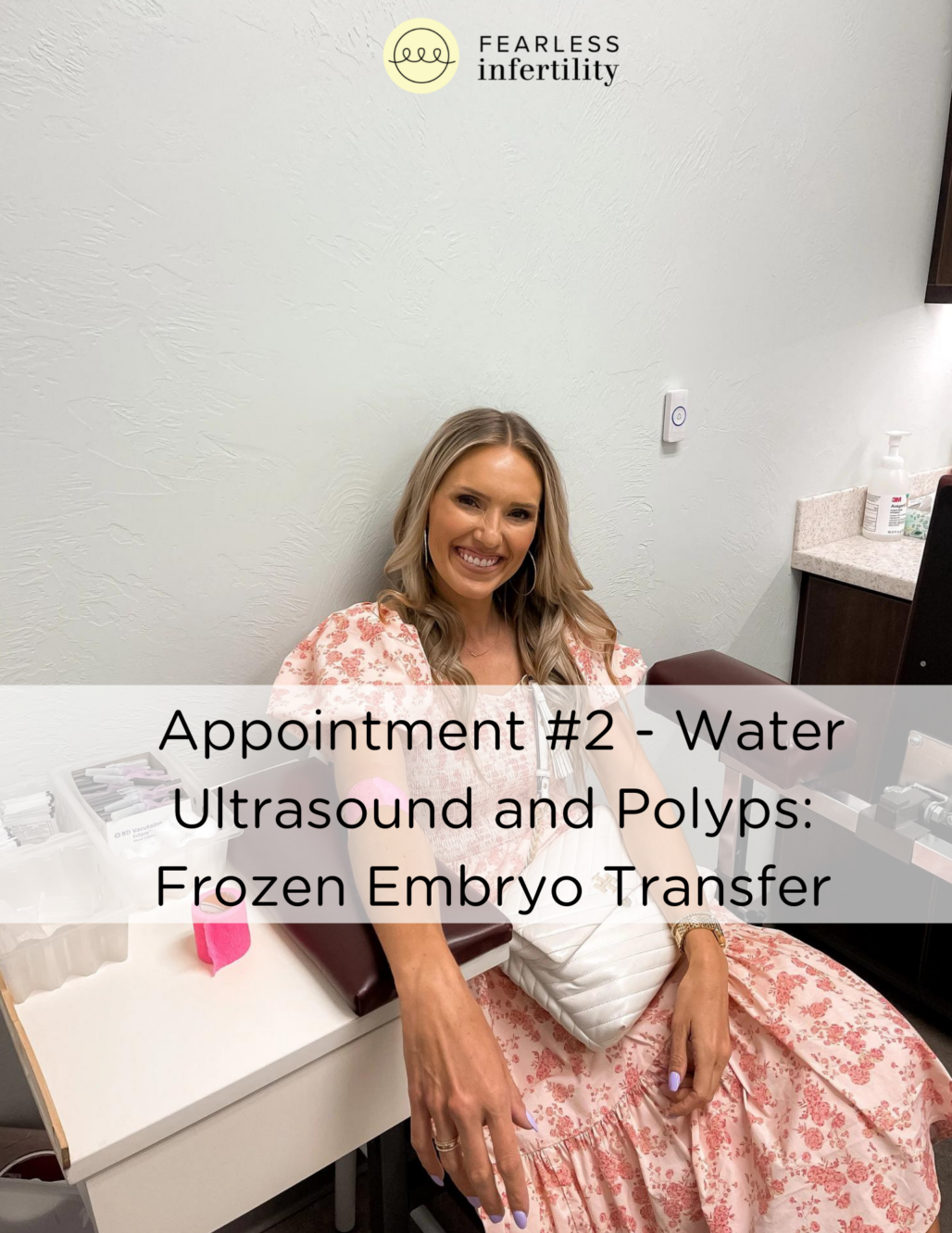